It's over. Nine months, 39000 miles and one winner. The talented Franck Cammas and his crew aboard one of the Juan K. boats. I also have a few observations about this latest edition of the Volvo Ocean race.
Each one of the boats with the exception of Sanya won at least one Ocean leg, winning from a tactical decision and position, not necessarily from boat speed.
Inshore races, again with the exception of Sanya, each one of the boats won at least one race where tactics and decisions came into play. It seems to me that the Box Rule in effect does a pretty good job in the design of the boats and that where you go is still the deciding factor.
Breakage. There was material failure in various degrees for all of them. The construction of the boat can be reviewed to include modifications to the scantlings. Ought to be not too difficult with the amount of feed back and observations gathered over the past few months. Keep the performance high, the drama low. 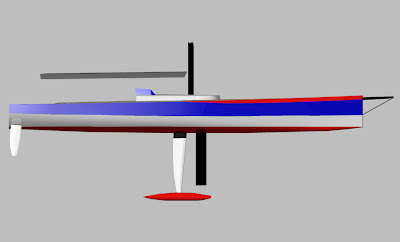