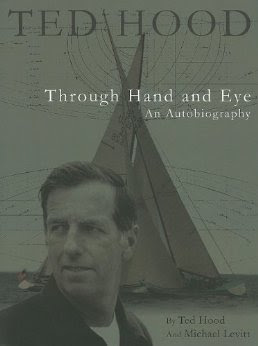 I have known Ted Hood since 1966, when I first met him at the London Boat Show. Further then on the race course in Denmark where competing in the One Ton Cup. Being involved with 12 Metre boats, it was hard not to be aware of the hegemony of Hood sails over everything and anyone else canvas. Still later on at Carter Offshore, we had a Canada's Cup boat who was beaten by Dynamite. Of course his strings of Robin were always in competition and racing a lot myself I have been  around many of them. My own Marrakesh Express one ton design was equipped with his mast and sails. So was Circus Maximus.
I recently saw Ted in a very different circumstance. Visiting someone at the local clinic about six months ago, this person mentioned that Mr. Ted Hood was hospitalized in the next room. So I went to visit. The gentleman was laying down in bed wearing his blue blazer, quite thinner that I could remember, he was peacefully reading a newspaper. After presenting myself, he recognized me after a moment and a short discussion ensued. I asked what he was in for not thinking for the worse, his simple answer was:" I don't know".
He was the giant in the pleasure boat industry, touching so many venues with unprecedented success. Sail, making, mast making, deck gear, yacht construction, yacht sales and of course yacht design.

Back in 1979, I was building with Don Schiavone a bunch of boats, including a 54' sailboat literally designed around a wheel chair for the paraplegic owner. I used to travel early in the morning from my office at Newport to what is now the complex of N.E.B and Hinckley/ ex Hood's Little Harbor. At the time, there were only run down WW11 vintage Quonset huts and empty fields. Bend boat basin was located where NEB is now and we were building the boats next to what is the present Melville Grill. So, was is not my surprise that by a miserable very early morning in November with wind, drizzle and cold and barely enough light for visibility, I could see in the middle of the field someone that I believe is Ted Hood junior; the son. I stopped the car at some distance to observe and wondering what would someone be doing at this time of the day, trampling the grass under the rain, in the middle of nowhere.
Well it took another ten years or so before Little Harbor moved from Marblehead to Portsmouth RI.
Was Ted Jr. looking so far ahead for his Dad? I never approached the subject with him, but maybe someday I will.

Posted by Tanton Yacht Designs at 7:34 PM No comments: 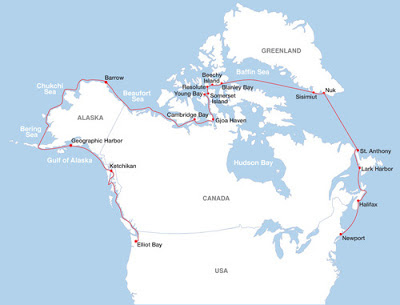 Other Side of the Ice. June 28.
- The Story; 8500-miles journey through the  treacherous North-West Passage by Sprague Theobald.

- New England premiere, shown at the Newport Jane Pickens Theater this coming Friday.
From Newport to Seattle over the Arctic Circle. Adventure, drama and beautiful footage from the deck of the 57' Nordhavn Began.
http://janepickens.com 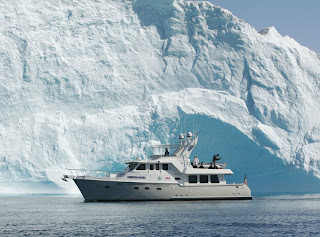 - The evening was a success; full house. Very proud father of Chauncey and Dominique Tanton.
I found myself smiling for one hour and fifteen minutes. Good feeling.

- Read the book "The Other Side of the Ice" available at http://amazon.com
and all bookstores etc.
Posted by Tanton Yacht Designs at 1:06 PM No comments: