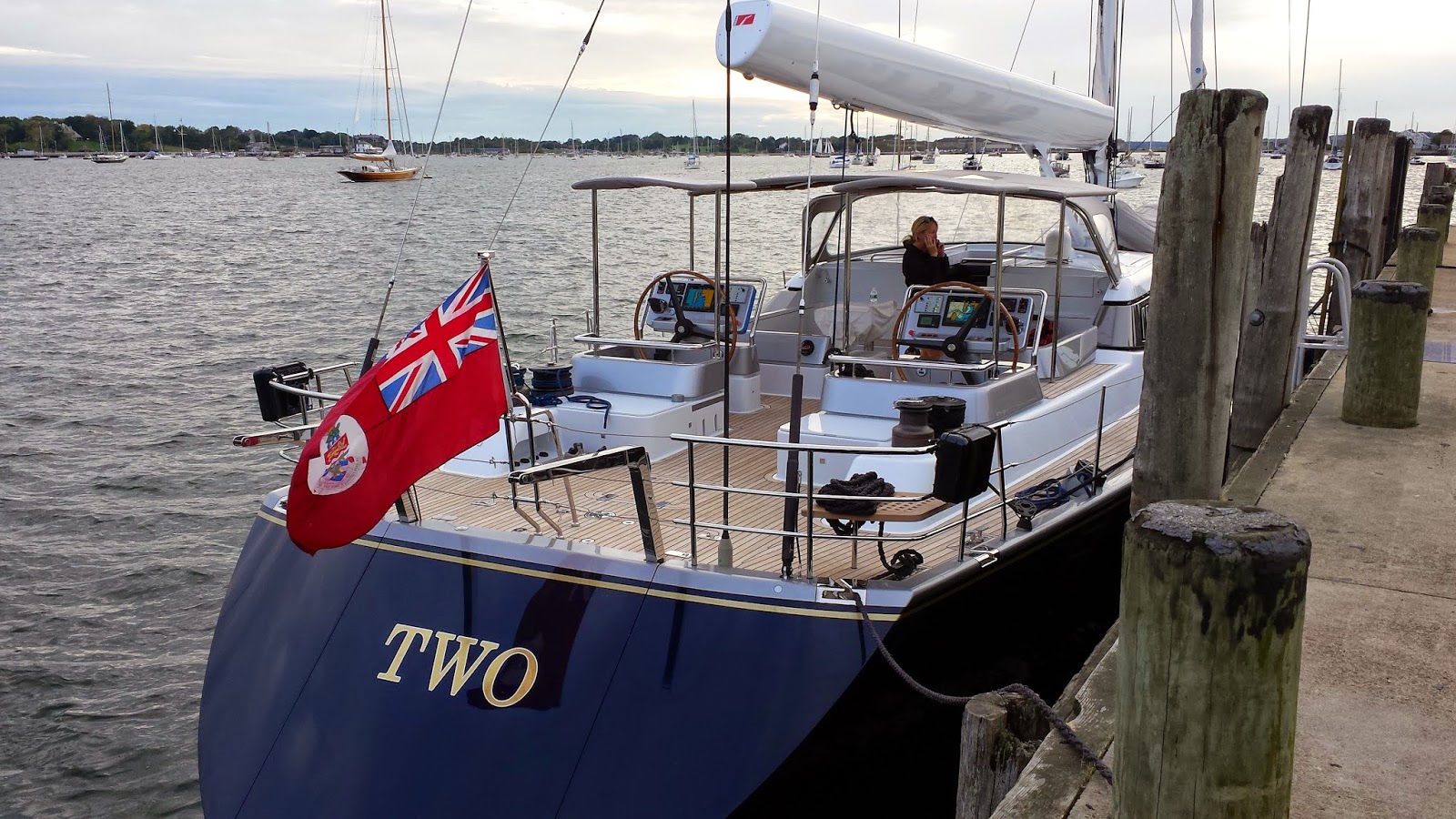 - Like birds, the summer is over and it is time to go South. For the large yachts, November first is the starting line; the end of the hurricane season. A couple of weeks ago, I took an early going on the S/V Two an Eighty Two feet boat. Captain Rick is a long time friend and the opportunity to go Offshore with competence is a priority for me. We hit the weather window perfectly and a good ride to Charleston, South Carolina. By coincidence, my daughter Dominique had decided to move there at the same time and it was fun to have dinner together on the boat. Then onto Ft. Lauderdale.

- A few observations associated with the trip.
We motored all the way, trying to average 8.5 to 9 knots. Sometimes with the Mainsail up, sometimes with the Jib. Deliveries are just that, going as fast as you can to the destination. 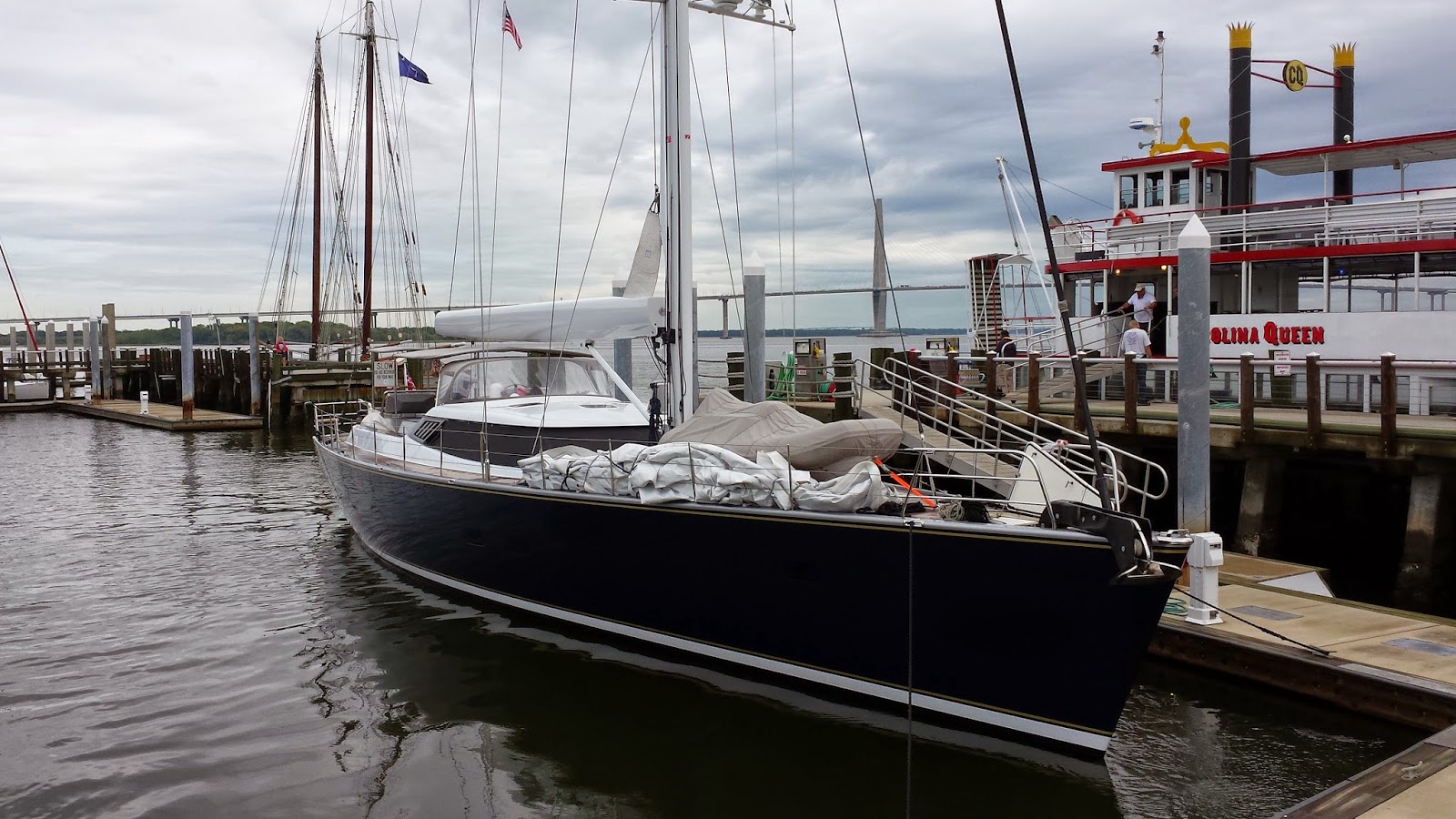 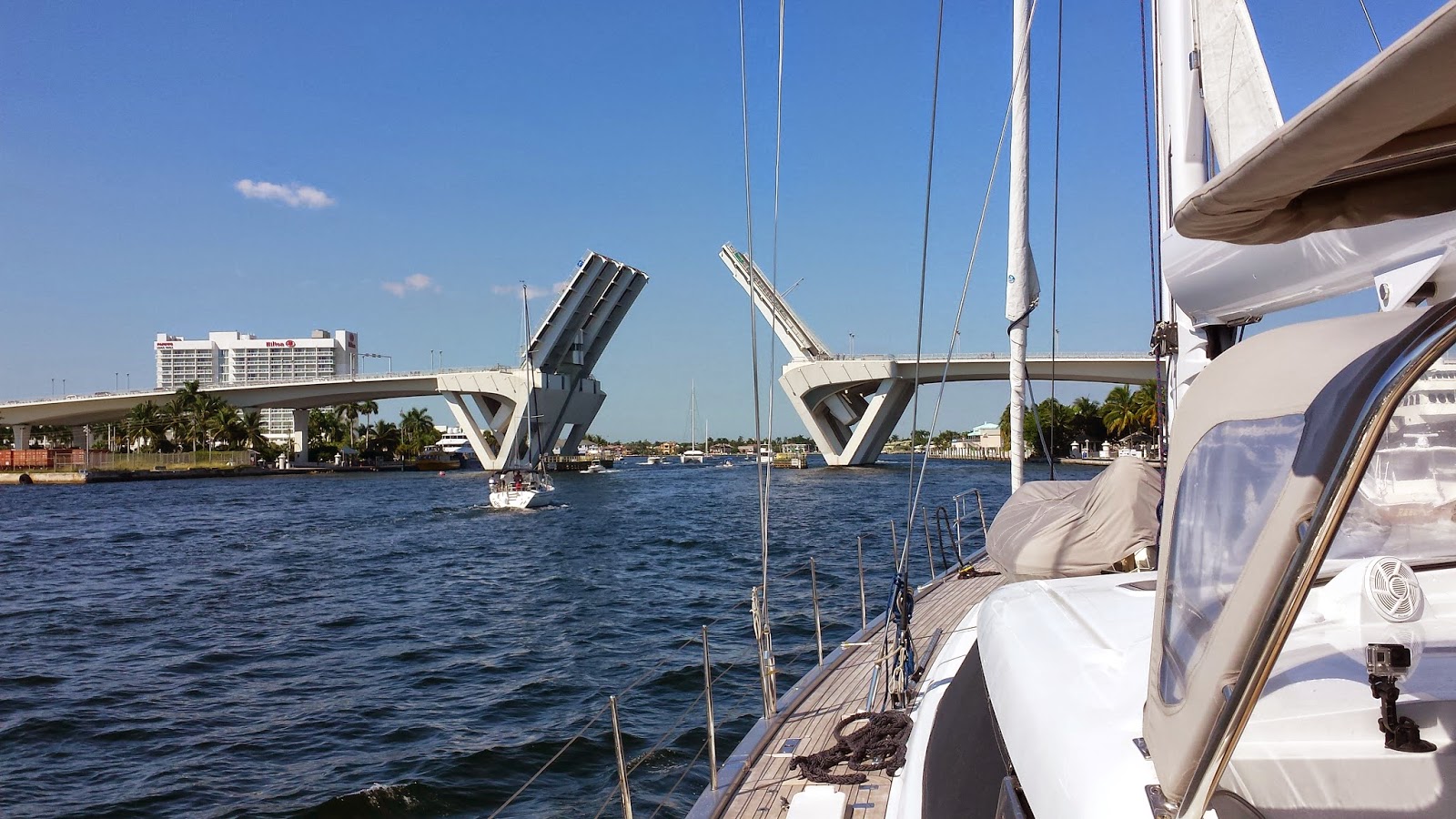 - Modern sailboats have many conveniences but also drawbacks.

- One is the over sophistication in the area of sail handling. One example is the roller- furler boom which unrolled by itself while on the wind. The breeze was moderate but I can imagine what could have been a disaster in stormy weather. One instance, for example, approaching Charleston we were aware of coming heavy squalls. Fortunately, under power and already inside the very long channel, we were hit by 40 knots of wind and heavy rain. Visibility was not to bad and therefore we make out the markers as we went along. Earlier and under an unfurling sail, it would have been another story. Also sometimes in the middle of the trip the headsail dropped, the strap at the top having unleashed itself. Not so much of a problem except that with over one hundred feet of the mast length, it became prudent to wait for calmer seas before sending someone to the masthead.

- The electronic world has invaded boats with marvelous technology. I like radar, I like chart plotter and a few other things.  - But again we found a vulnerability with the autopilot tripping for the last 24 hours; the continuous watching of gauges; be the black and grey water for four bathrooms with separate showers; or checking the engine room for the alternator going too hot. Lots of systems make the kiss concept goodbye. Of course, this is what it is in the public eye and the more the better it seems.
- On another subject, the watch system. For someone accustomed to the 4 on 4 off, I was introduced to a different schedule. We had a crew of seven on the first leg and six on the second. It came to divide the watch of two with three hours on and six off. Not too long time on deck and with a good resting period.
I enjoy very much deliveries, putting time in a capsule and always learning.

- A little side story:
Just back from the trip, I noticed a familiar mast across my office window. The Lunacy, ex Star Cruiser is on her way to the West Indies. Charles Doane makes the trip every two years and I was happy to see the boat again. You can follow the adventure on www.wavetrain.net

Charles is the Cruising Editor for Sail Magazine. 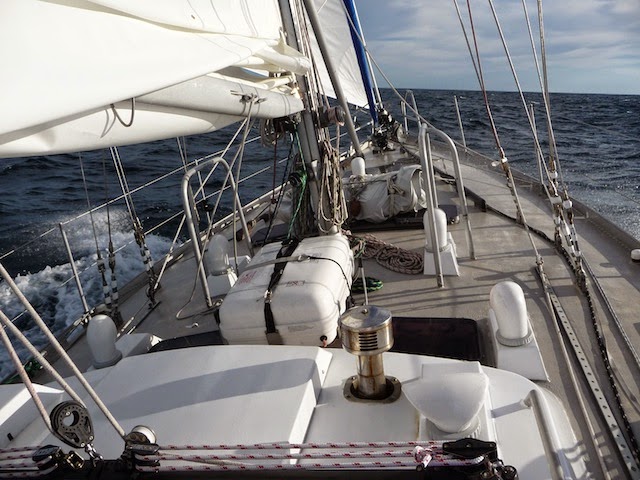 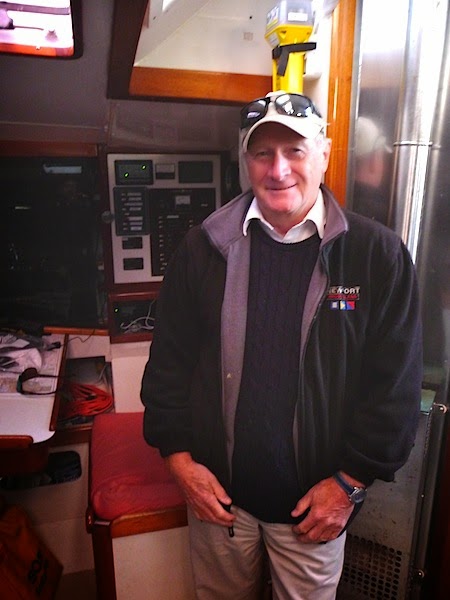