Have you seen me ? 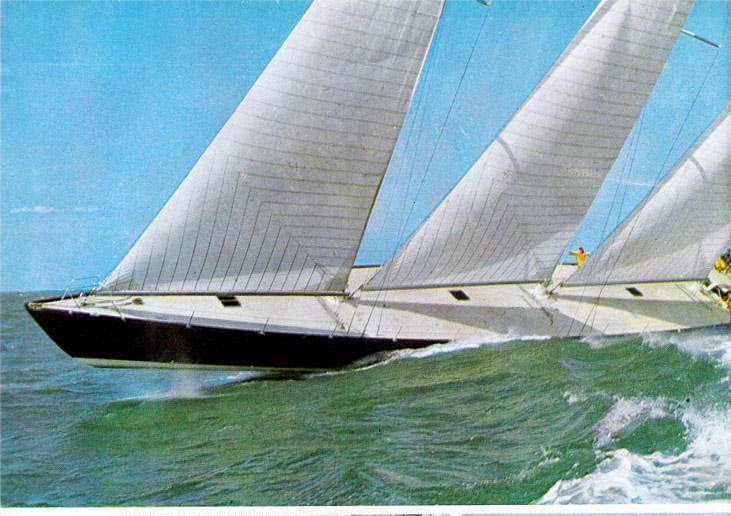 - Well, it has been 42 years since that picture was taken. Now, it is common to see large boats, Imoca; VOR; Maxis leaping out of the water like scalding cats. Sure the 128' x 69,000Lbs., probably the lightest fiberglass structure for a monohull  does not compare in size and purpose of the others. She was designed for Jean-Yves Terlain for the 1972 single-handed Transatlantic race. 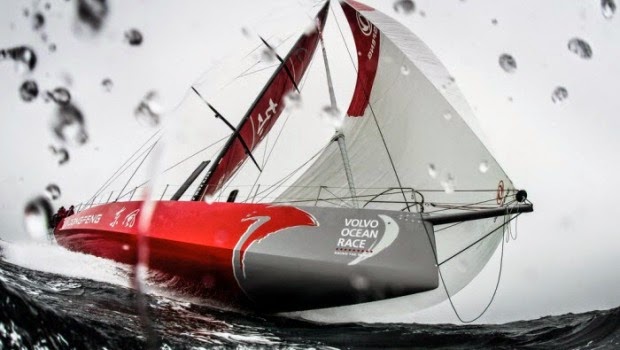 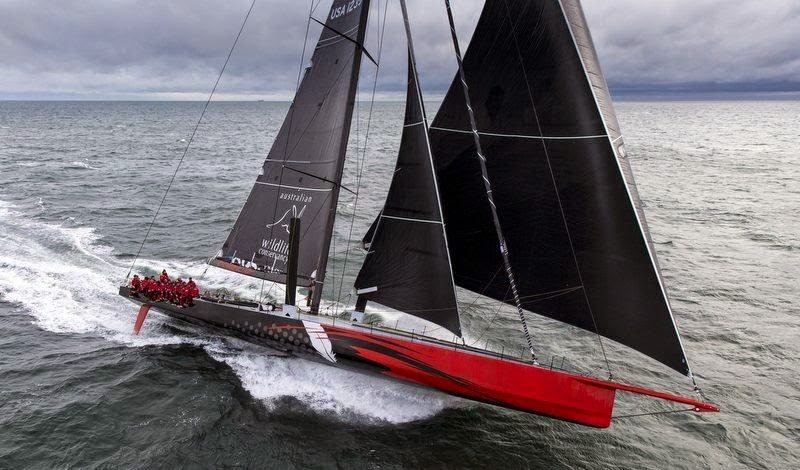 100'
Start of the Sydney-Hobart Race.

Comanche versus Wild Oax.
- I do not know if you noticed, but at the start of the race, there are great shots from above the two boats. I was impressed to see the amount of wake trailing behind Comanche compared to Wild Oax. Even though C. could be faster by 1 or 2 knots at this point, it does not quite explain the huge difference in drag compared between the two boats. Except that one is very wide, the other very narrow. The chine on Comanche will tell you of added power but increases in the wetted surface; seems to have played against her in the light going later on in the race. Wild Oax got to be first at Hobart. 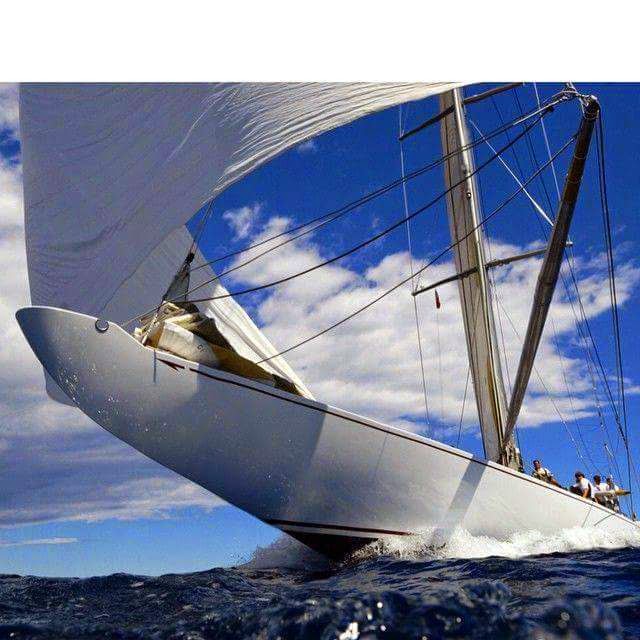 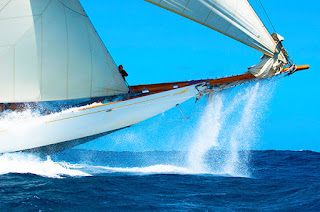 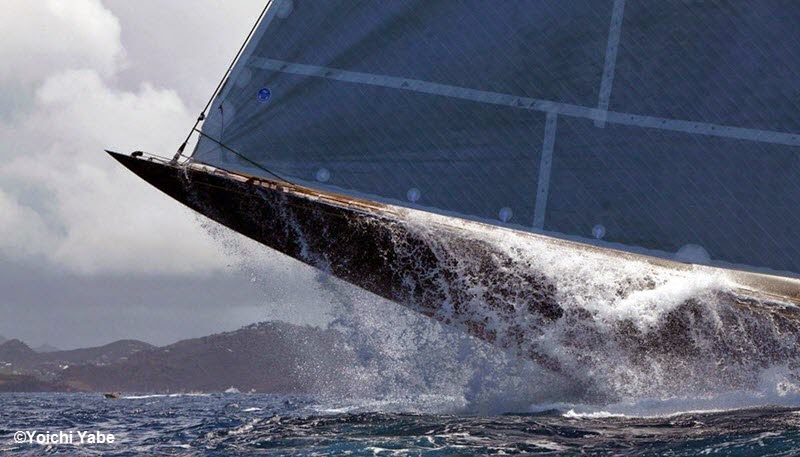 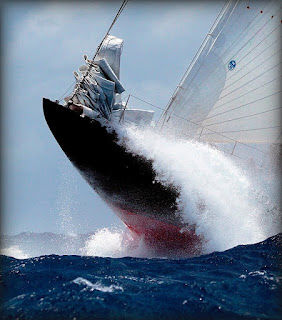