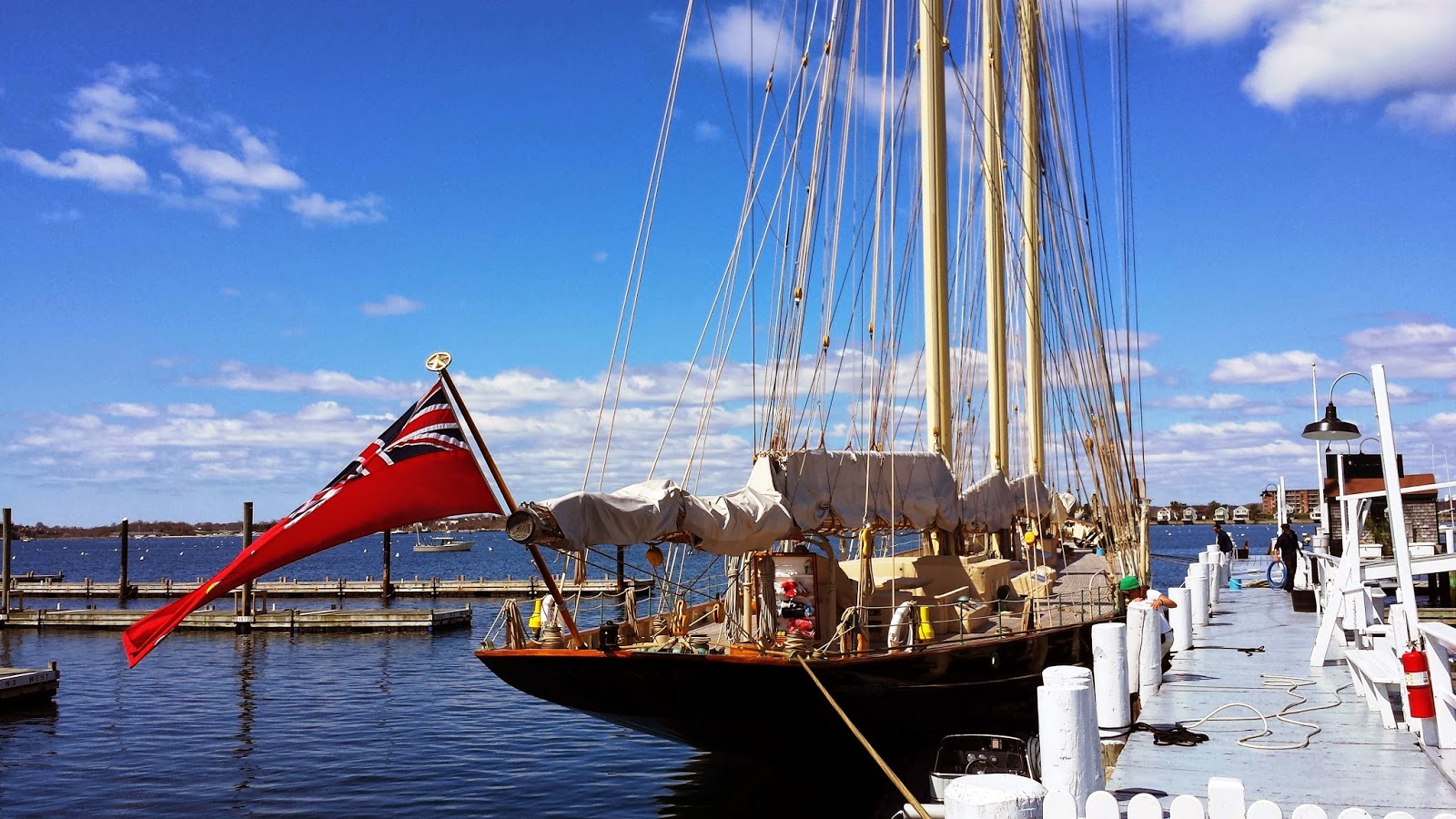 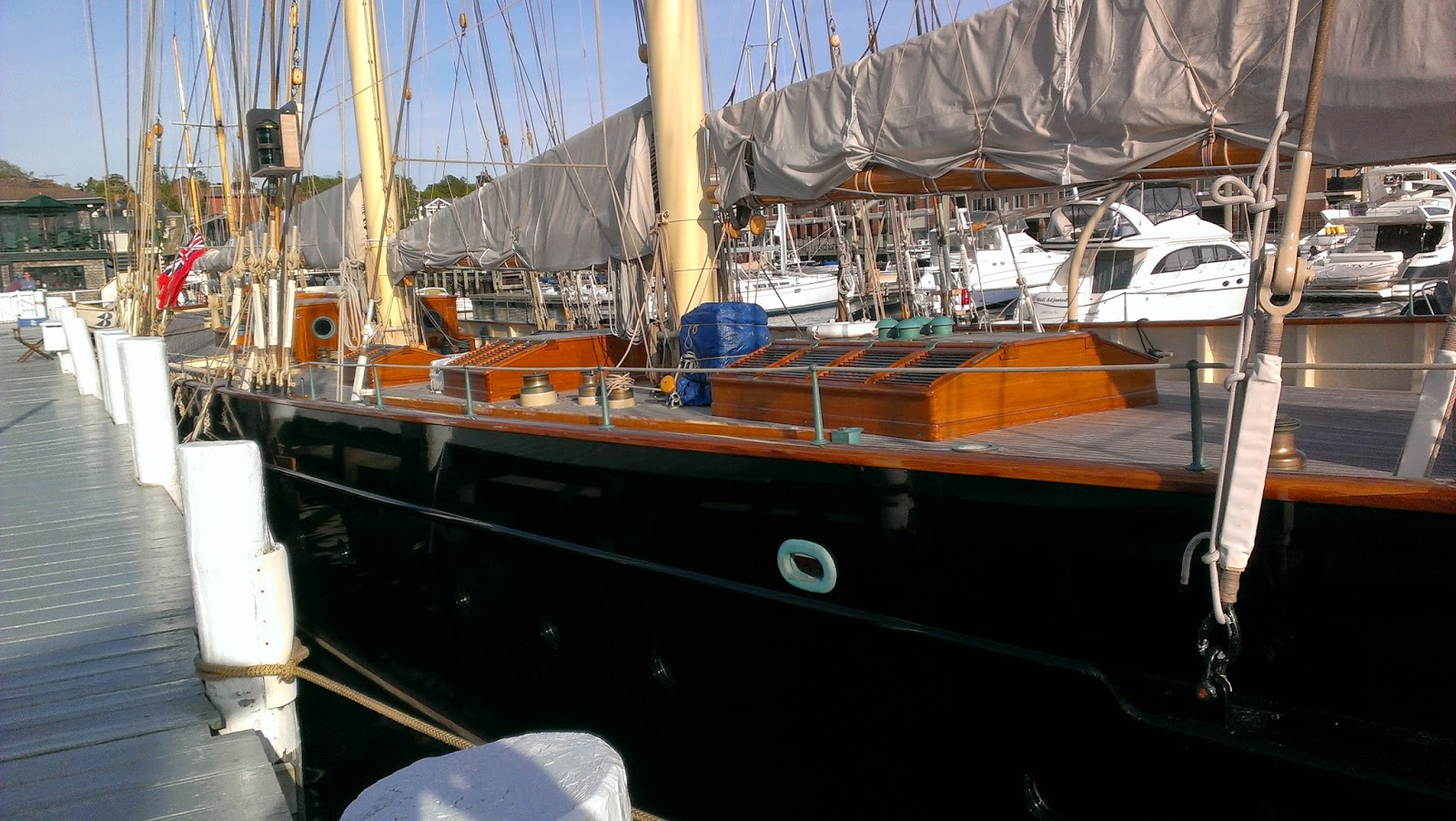 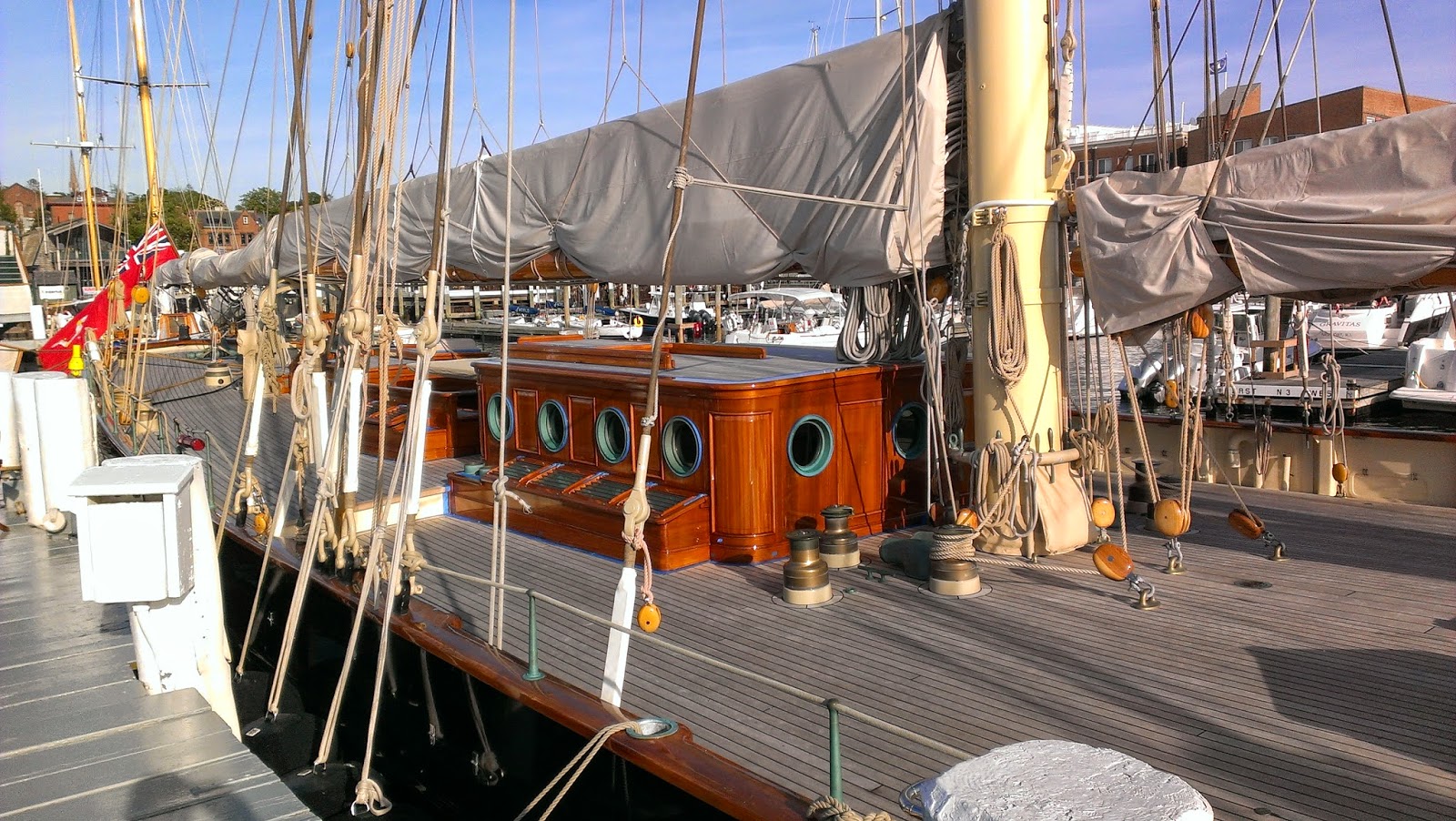 - Finally, this winter is over. And the boats are coming. The first one to appear is the three-masted schooner Atlantic. The replica of the majestic William Gardner design with the same name. My friend Doug Peterson, the yacht designer had the rare privilege to reconstruct the drawings from files, a dream come true to be associated with such a project. For historical memory, the original Atlantic won the Kaiser's Cup in 1905 by crossing the ocean for which she was named in twelve days a record held for 75 years. 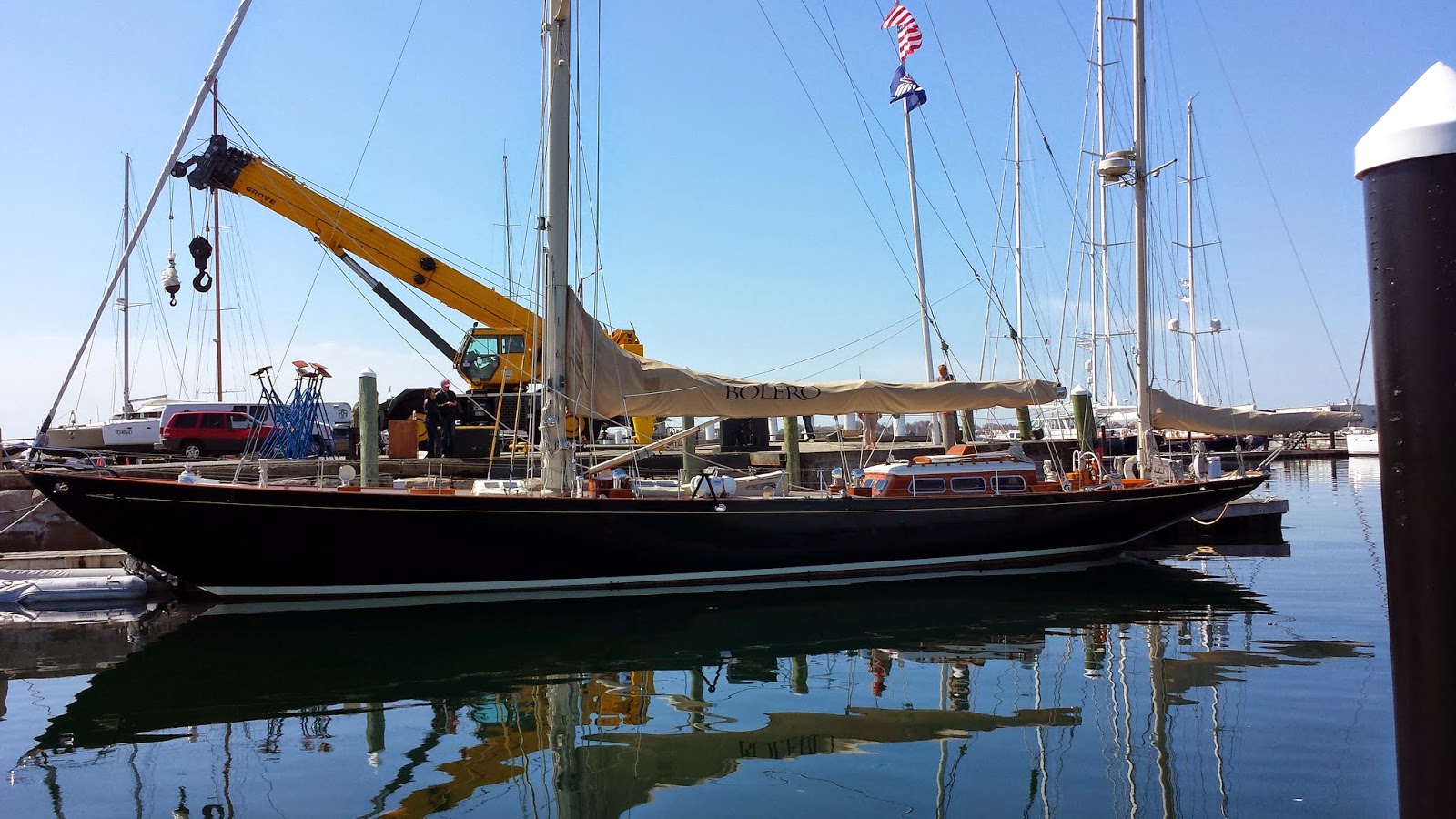 The second boat to arrive at the Shipyard was the 73' Sparkman & Stephens design Bolero, after a season in Florida. John Nicholas Brown had her built in 1949, the largest ocean racer launched after WW11. He kept her for six years and after a long career, with a recent rebuild, this Classic yacht looks just as good as new. Mr. Brown's mansion is now the location for the New York Yacht Club Newport station since 1988.

- A little side story.

- Probably better described in an article I wrote a few years ago, about a design I wanted to rival with the best looking boats of the Bolero, CCA Classic era. But maybe, I ought to start with the following brief.

- Mr. M. commissioned the design. Preliminary plans were drafted for a carbon-deck construction, with the idea of using modern materials and techniques to build a Classic. So, what happened is that after receiving the results of several bids, the client became uneasy about the money and time involved. The project was halted altogether and the client took refuge in a smaller boat. Here is the published article describing the elegance of boat design of that era. 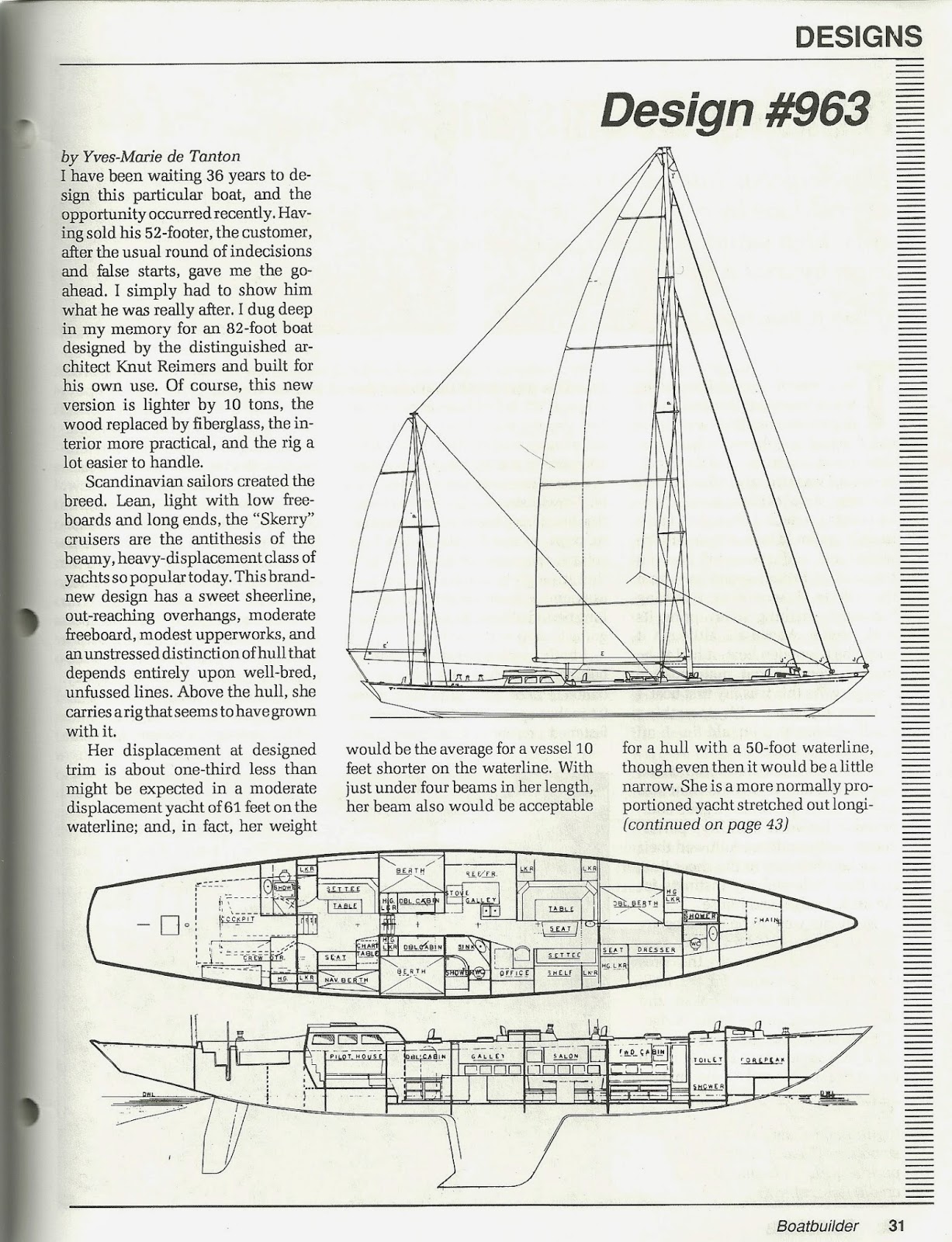 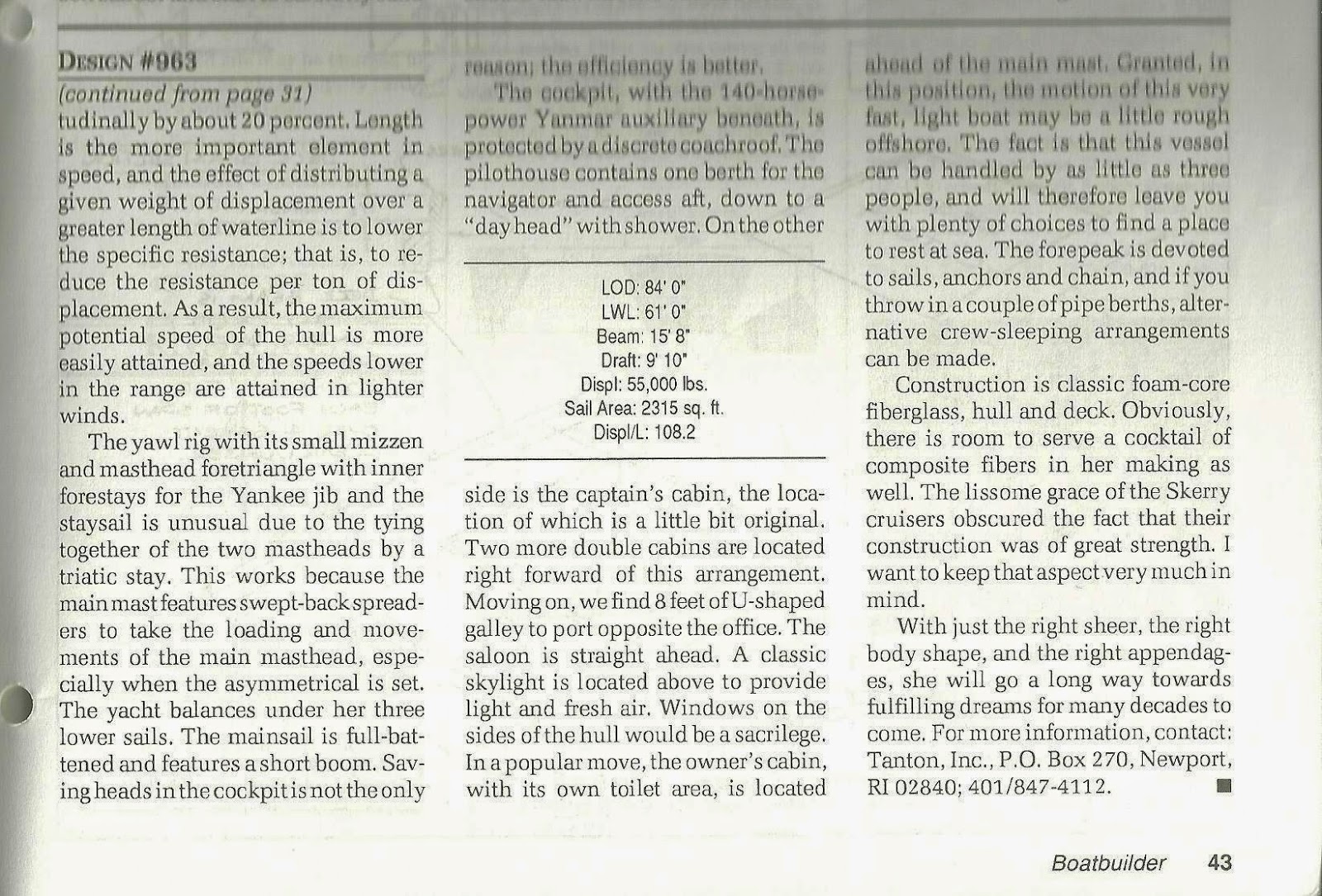