Ron was in town last week. That is Ron Holland, one of the most talented Yacht Designer in the world. We go back something like 45 years. First, I met him at the Tower, the Carter Offshore office; submarine observation look out for U. Boats during WW11. At the time Dick Carter was at the top of the rarified world of yacht design and we always had a string of visitors and clients. Subsequently, I saw him in Sardinia during the 1973 One Ton World Championship. Where Ydra, a Carter boat won. Let to be said that another upcoming young yacht designer; Doug Peterson stole the show by coming in second, but would have won the event except for a mistake in navigation. 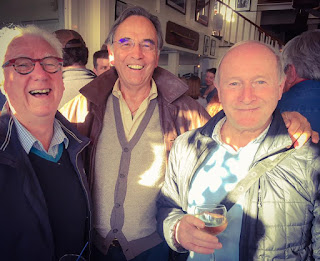