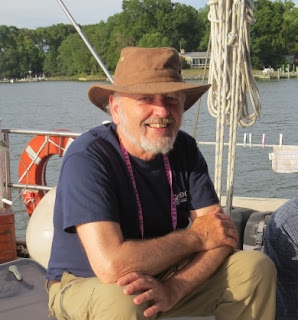 - Mac, as he preferred to be referred to, was an encyclopedia of knowledge in all directions. From discussing Fifth Elements to boats and everything in between.

- As a yacht Designer, Mac worked for Pedrick Yacht Design, Rodger Martin Design before returning to his native place in England to become chief designer at Camper & Nicholsons.
Returning to the US, Mac worked part-time for a couple of years at Tanton Yacht Design. Always subdued, simple, honest and brilliant. Especially good at details, he helped me to complete all aspects of several notable yacht designs.


- But his forte, later on, was when writing about sailboats, systems and certainly about designs.

- Farewell, my friend. Blue Seas and Blue sky for you. Bon vent.

-  A little side story about Mac.

- While working at TYD, he took upon himself to learn French. So after work he frequently took the road to Providence to catch up with language lessons.
- Within six months he learnt enough to proceed to the translation from French to English of Guy Bernardin's book " Sailing Around the world"; A family retraces Joshua Slocum's Voyage.
- An impressive achievement considering the difficulty of the French language with its long phrases to translate. 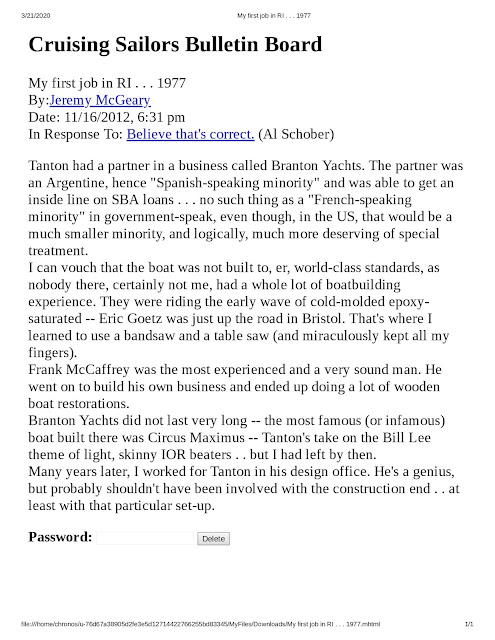 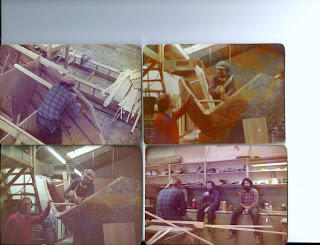