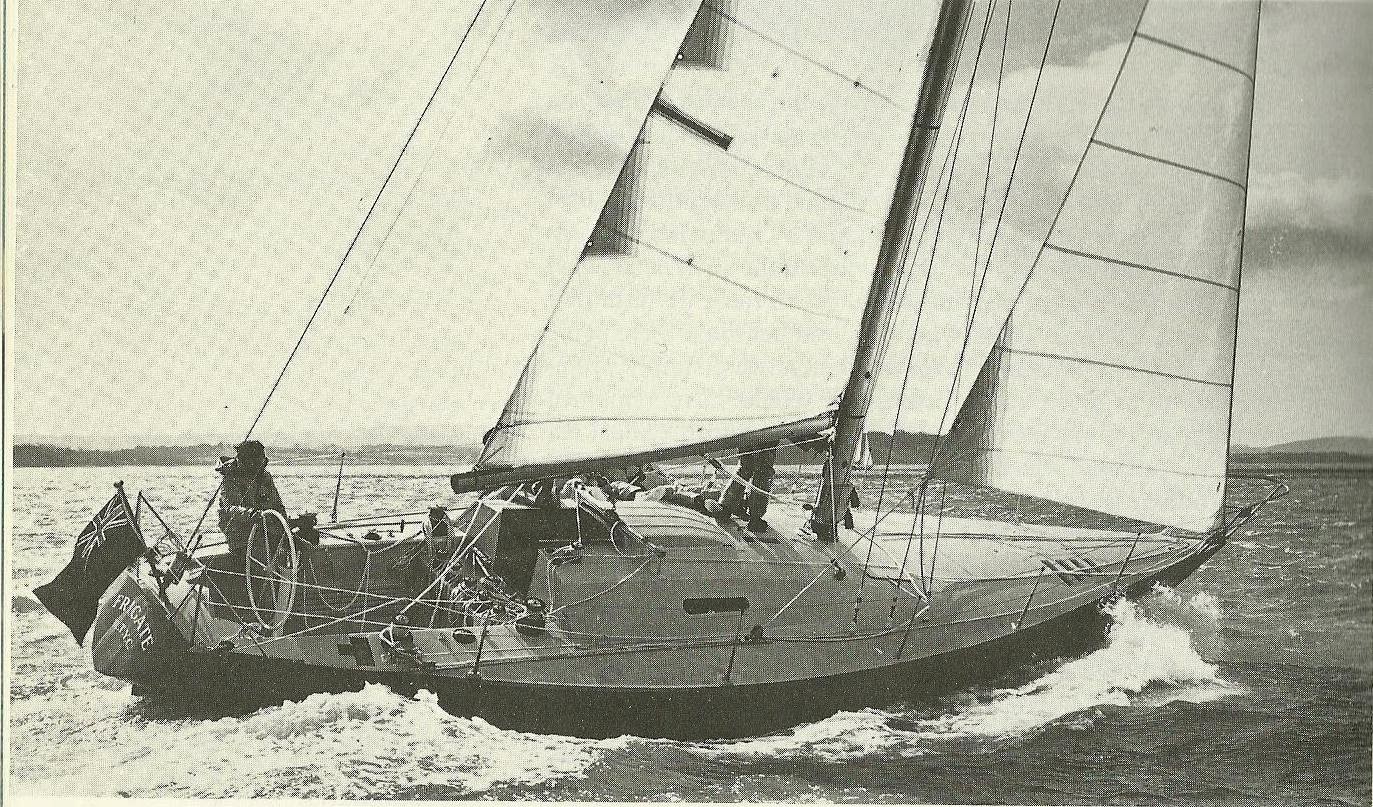 Another Half Hull from Demi-Coques aka Chorus1, this time about the 1973 Admiral's Cup Frigate. Designed by Carter Offshore, the 39' in that event was the leading boat for the English team. 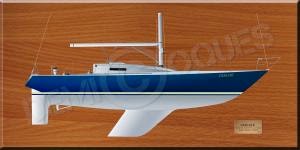 Frigate distinction comes from the overall clean approach in the design, be the hull shape, the clear deck for easy working area and low windage. With the sail controls led to a battery of winches distributed on the bridge deck at the forward end of the cockpit.

Now, Frigate is part of the "Patrimoine Maritime de France", like Historic Buildings in the USA. Quite a feat to have an American Design, English built and owned in 1973, passing to France heritage. It must not have happened since capturing British ships during the Napoleonic wars.