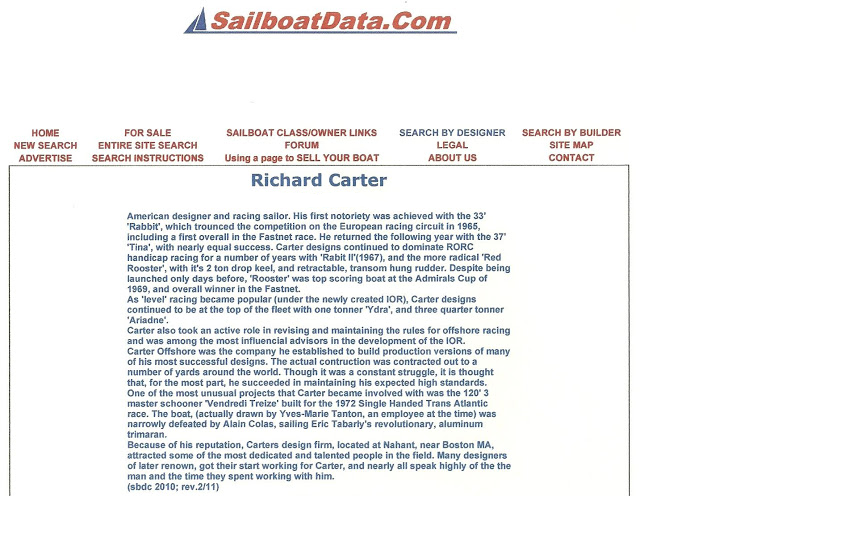 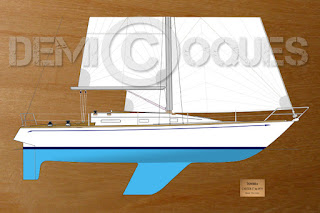 - Periodically, I receive inquiries about Dick Carters Boats. This time from Italy, from a Boat Model Company, to reproduce a half hull model of the production Carter 37.

- As the Design Director for Carter Offshore for nearly four years, I had the privilege to work for Richard E-Carter, but also with Robert H-Perry; Chuck Paine, and Mark Lindsay. The Best! They came along when more designers were needed for what was the fastest-growing yacht design production and marketing company in the world. All this, to stop almost abruptly with the first OPEC oil crisis, but that is another story.

- Above and below renderings by http://www.demi-coques.fr/ 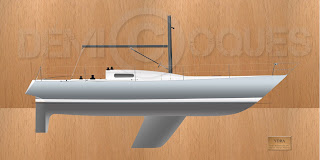 The original Ydra built in aluminum by A & R in Germany.