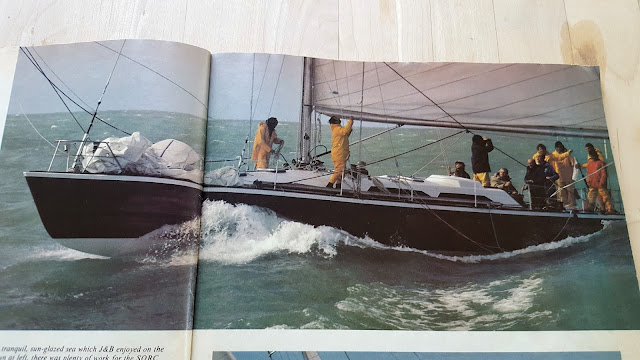 - The other day, I found on the Steve Lirakis Blog these two photos of a long time ago. Circus-Maximus was the third large size ULDB ( Ultra Light Displacement Boat) built in the world. Coming after Infidel, aka Ragtime in New Zealand, and soon after Merlin on the West Coast. The photo gives you an idea of how light she is at 66'-6". The other image shows the two owners, Don Ritter, and John Raby. 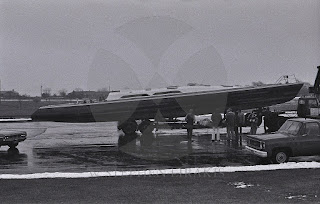 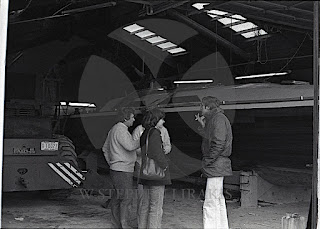 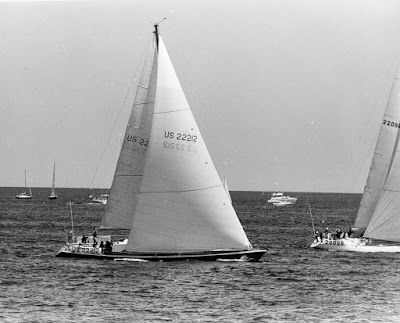 - I am thirty years old at the time, Don and John gave me the opportunity to design and build the boat.

- The above picture, Circus Maximus
on her way to an upwind race, for a first to finish in Bermuda. 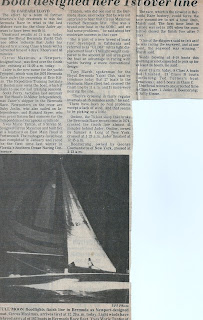 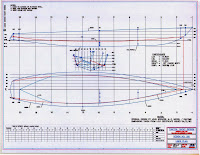 - Precursor no.2, Merlin by Bill Lee of Santa Cruz. CA. 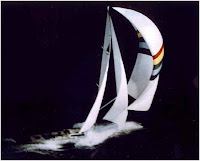 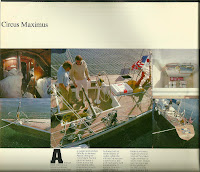 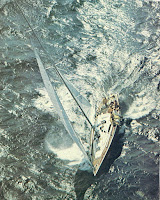 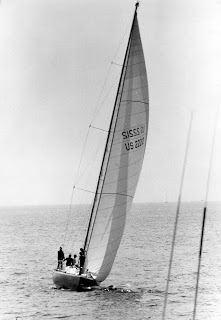 -Donald William Ritter, 83, of Newport and Harbour Island, Bahamas passed away February 15, 2017. A memorial to celebrate his life will be held this summer.


- Following is the first article about CM. 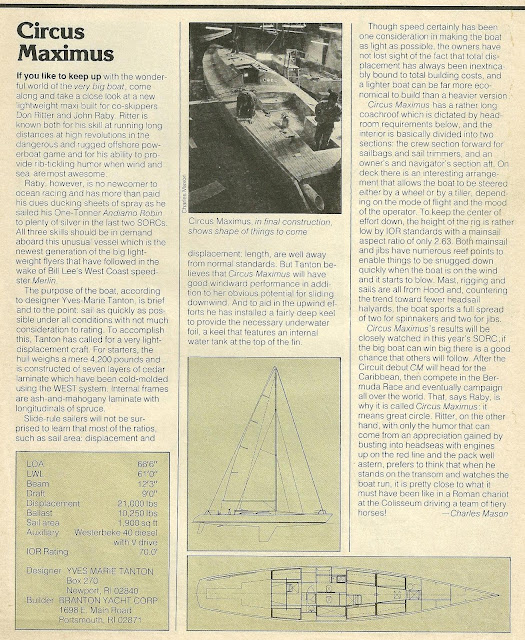 - Recently (2017), Peter Johnstone of J Boats, Gunboats, MJM Family, said about Circus Maximus:
The "Comanche before Comanche". I take it! and thank you.