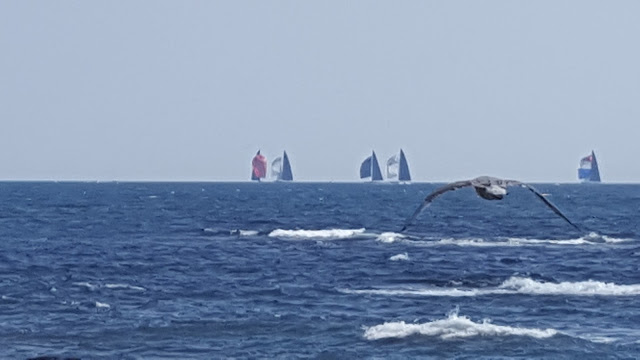 You are Sailing, I am Foiling.

-Is it in the future for a cruising monohull? I am going to propose a certain approach. Already past text in this Blog has addressed the notion of foiling see: IMOCA 60 shape and the America's Cup 2013; Imoca. Moustache ou pas? Gitana. Le Principe des nouvelles derives de l'Imoca. Also a few ideas about how to design and control the appendages; "Dutch Boy". You can find the above articles by scrolling down the Blog Site by Title.

-Have patience; it takes a little while to figure it all out.

-Understanding the principles of aero-hydro dynamics is illustrated in this Imoca 60 Class. Not exactly foiling but on its way, with all the components to achieve lifting a body out of the water. 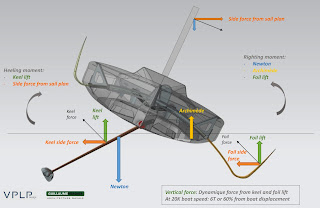 Proposal and actually built the Figaro 3 from Beneteau, the French builder.
Again, not to fly but to offer some lift and some resistance to leeway without the swing keel component. I understand that the lifting effect of the appendage produces a reduction of 900kg. in displacement. Not a small number. 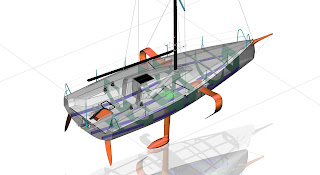 ,
- (Also see in Search: ( Il n'y a qu'un pas").
-For me, the adventure started with a 1992 design that I named Monomaran. Literally, a single catamaran hull fitted with lateral wings, skimming the water to produce righting moment and the necessary stability; the boat has no keel and is simply fitted with a centreline daggerboard to combat leeway.

-The initial idea is not mine but based on a patent deposed in the late '80s. The Monomaran is my interpretation of the concept and its association to develop a daysailer under 24'. Besides the wing-maran, the boat has other propositions in the building material and a non-conventional method of construction. 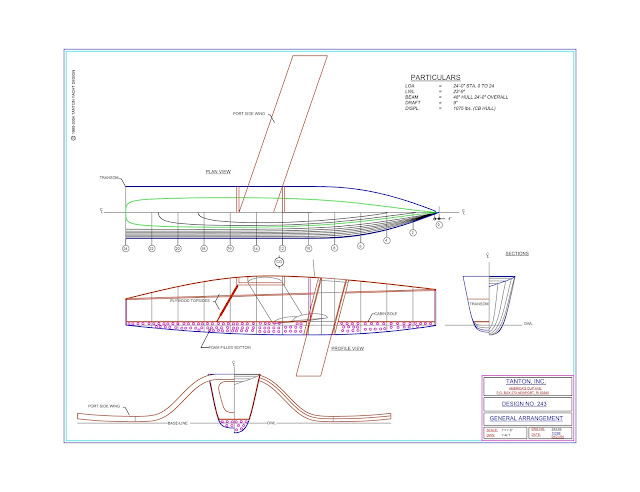 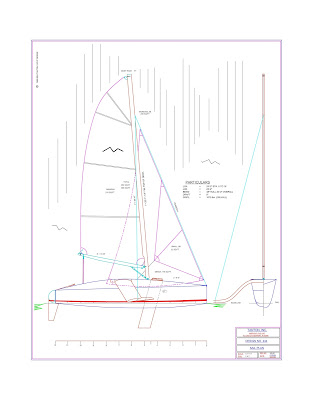 On another model, the experimentation is carried to increase safety with the introduction of a platform and flotation Rib style. 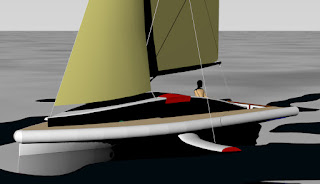 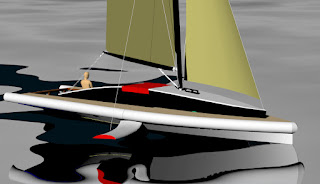